Gun motion tracks and displays the path of your gun barrel from just before you call "Pull" until just after you fire your shot(s). This makes it ideal for checking the smoothness of your gun motion and for ensuring that you follow through and don't stop the gun after the shot(s).

The Gun Motion add-on works with the plastic cylindrical/tubular version of the DryFire Universal Gun Assembly (UGA) with an "Avoid exposure" sticker on the laser.

It does not work with the older, metal version.

Please contact us if you have the older version of the UGA.

Please do things in the following order: 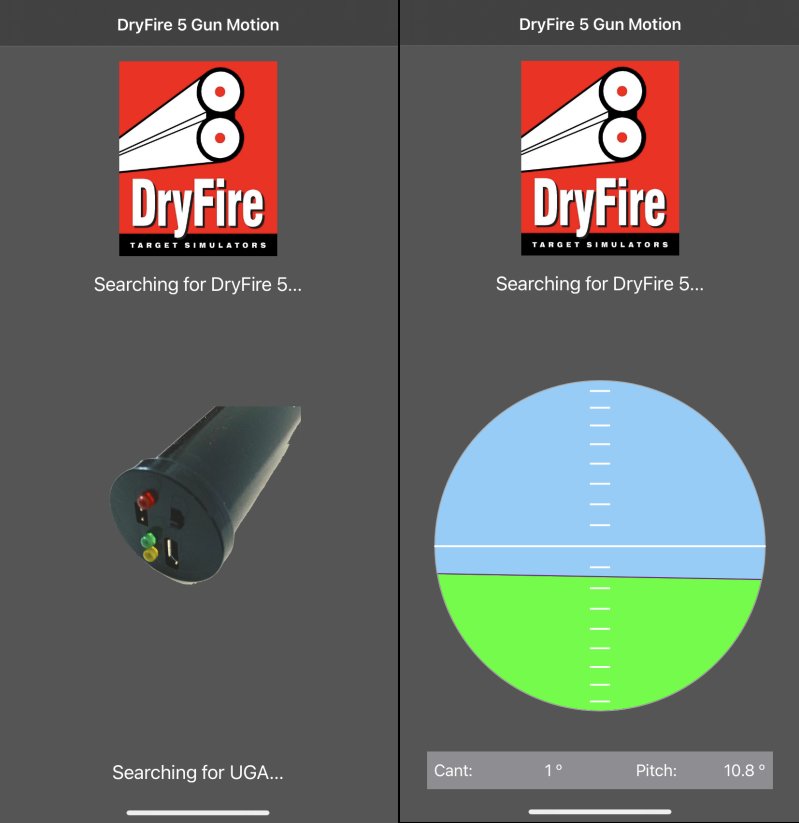 After taking your shot the gun motion tracks will be displayed: 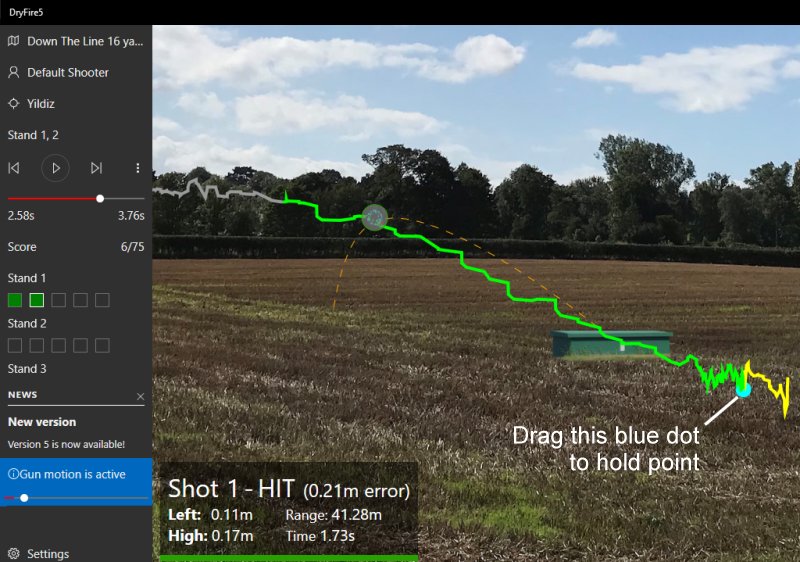 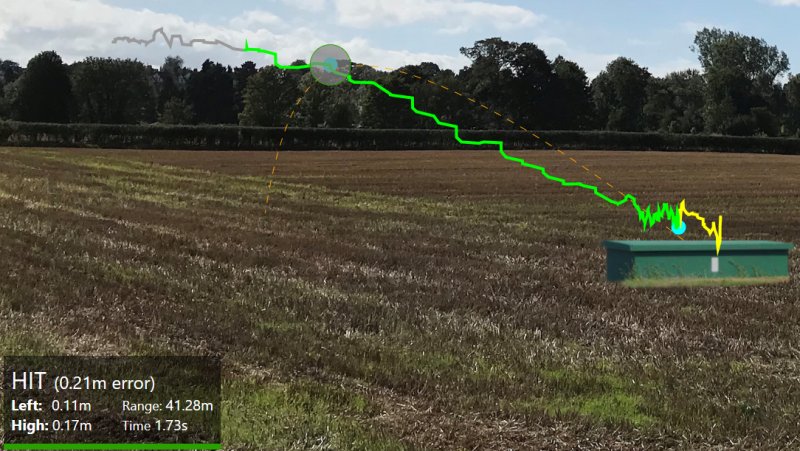