The aim of Indoor Clay Targets (ICT) is to increase the number of people actively engaged in outdoor clay shooting.

Just like shooting outdoors, ICT is fun - an enjoyable social activity with some friendly competition thrown in.

Most people taking part in ICT will not have a shotgun so we are developing an Indoor Laser Shotgun (ILS).

What do you think?

This page is about increasing participation in clay shooting.

Please show this page to your shooting, and non-shooting, friends.

Whatever you think, for or against, please get in touch by email and let us know:

Comments so far are shown at the end of this page.

Clay shooting is a medal winner for Team GB.

Shooting was a foundation sport in the modern Olympics and in 1908 the GB number 1 team took gold in trap shooting while the number 2 team took bronze. Alexander Maunder took individual bronze.

Despite clay shooting being a medal winner for Team GB, of the 23,000 members of the Clay Pigeon Shooting Association, probably fewer than 4,000 shoot competitively.

When asked, shooters give a variety of reasons for not taking part in competitions:

Compared to other sports, competitive clay shooting has a very small base from which international team members can be selected - even volley ball has 49,000 participants!

Why such low numbers of clay shooters?

Cost and convenience are the main barriers to entry for competitive clay shooting.

Compare all this with the cost to a young person of purchasing a football, cricket bat or tennis racket. Competitive 5-a-side football costs about £8 per week - less than the average UK pocket money for a 14 year old!.

The minimum age for a shotgun certificate is 18 and, even if a shotgun is available from a parent or friend, a young person (under 16) must be supervised at all times by the shotgun owner or adult aged at least 21. All these are barriers to young people having a go at clay shooting.

Clay shooting requires a major investment by shooting grounds with between 20 and 50 acres of land required to offer all disciplines. Olympic trap layouts (like the one shown below at Doveridge) are particularly costly to install because they require an underground bunker with 15 trap machines. They also require regular attention to ensure the traps are set up according one of the nine settings tables in the ISSF rule book.

With few Olympic trap layouts available in the country, people have to travel considerable distances for practice and competitions. You need deep pockets, or lots of sponsorship, to shoot Olympic trap.

The proposal is to introduce Indoor Clay Targets (ICT) as a very low cost way for people of all ages to enter the sport and to provide facilities for coaching and practice as people's skills improve.

ICT would bring the cost of practising 25 targets down to under £2.00.

Over the last 20 years, indoor clay shooting, using simulators such as DryFire, has proved to be a very effective way to practice the sport - with a level of feedback that is impossible outdoors.

Worldwide, over 20,000 people have purchased DryFire for use at home - including national, international and World champions. In the USA it is being used to take teams of school students from novice to state and national champions in a single season! (Note: DryFire is Derbyshire invention!) 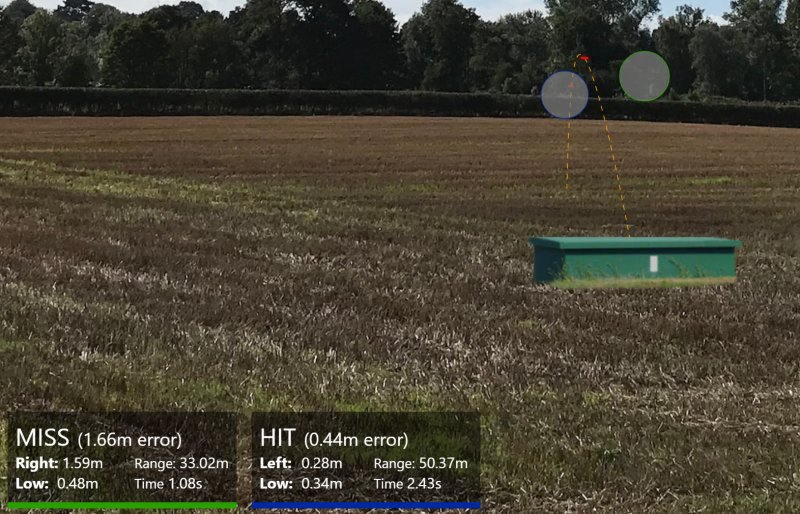 ICT isn't like Laser Clays which requires you to shoot directly at the target. ICT takes into account everything that influences where a clay goes and where the shot pattern goes - it requires the same angular movement ("swing"), and the same amount of lead, as when shooting outdoors.

Assuming space is available with a suitably painted wall, the cost of an ICT setup would be:

One or more ICT-LP systems will be required for users without their own shotguns. Cost not yet known.

A permanent or collapsible screen can be used if there is no suitable wall: approximate cost: £750.

This assumes use of a suitable laptop - the DyFire software runs under Windows 10/11 or Apple MacOS.

What does it need to take off?

ICT is a variation on clay shooting which has been in existence for over 100 years.

For ICT to become accepted and widely available it requires a number of things to come together.

ICT venues can be inside existing sports facilities or can be custom built.

ICT requires only 4m x 4m of floor space and 2.4m of height so multiple ICT "rooms" would fit along the walls of a sports hall. Sport England has some excellent documents on sports hall design and income. 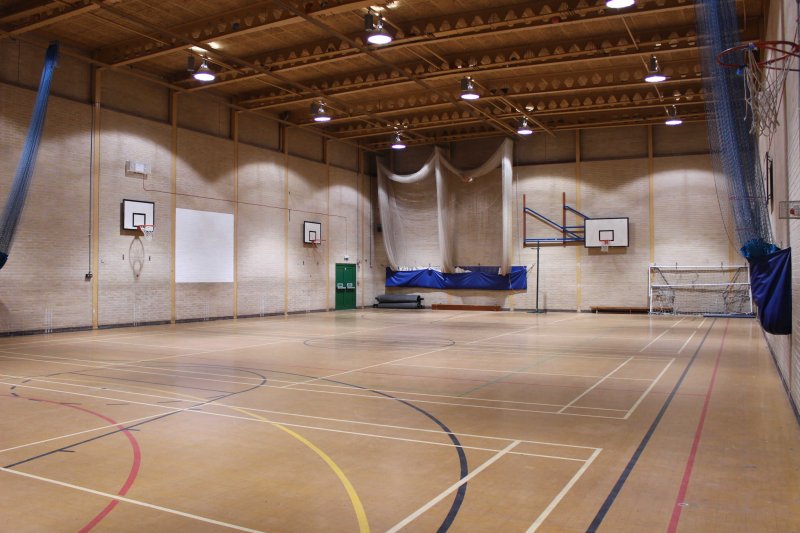 ICT rooms don't need to be permanent - fold-out or pull-out side walls would make setup simple and quick.

ICT requires subdued lighting for the projected images so a fold-out or pull-out top would be required where external lighting cannot be turned off or dimmed.

Golf simulators already have most of the requirements to run Indoor Clay Targets:

Wordcraft's new range of WiFi simulators are battery operated and require no wires.

The DryFire Projection System Sensor Unit (DPS-SU) may be placed on a stand or tripod so changing from golf to Indoor Clay Targets and back again takes under a minute - and adds a new and exciting flavour to an existing golf simulation system. 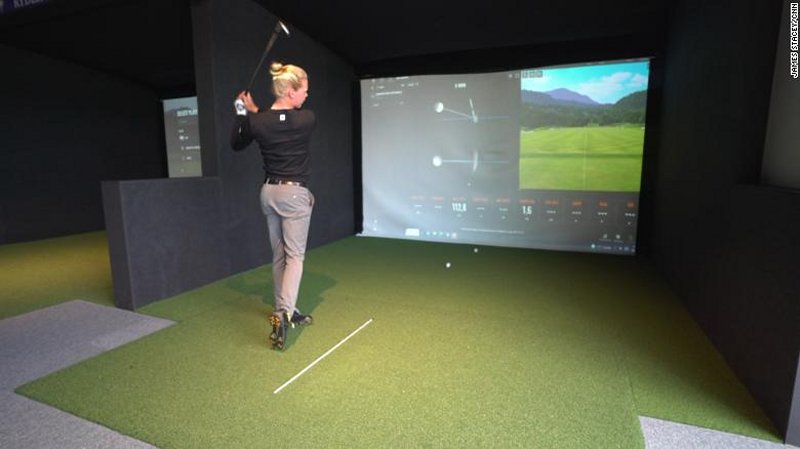 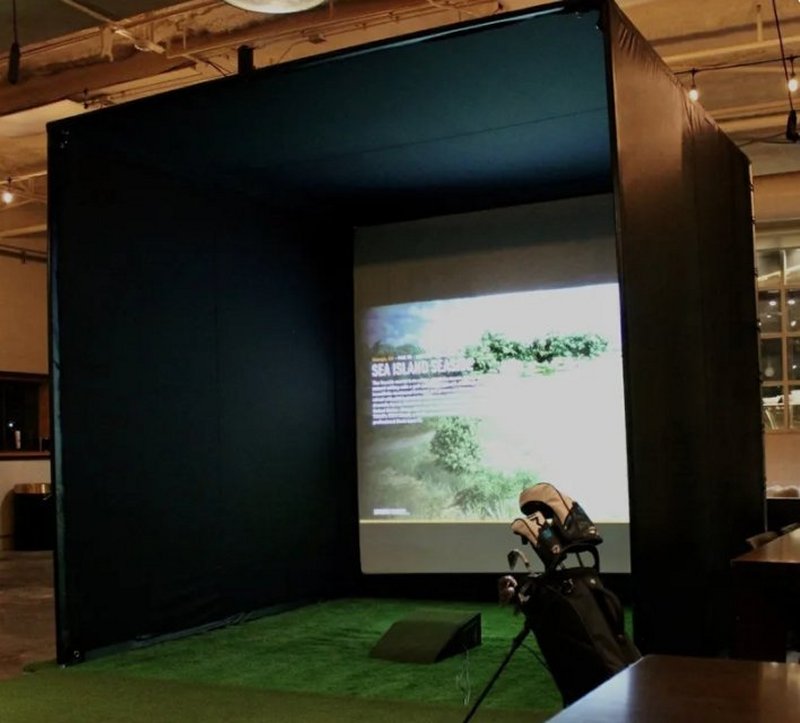 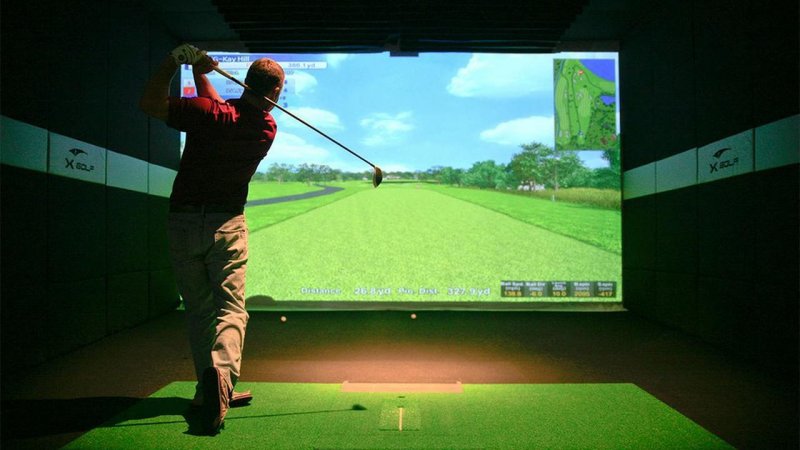 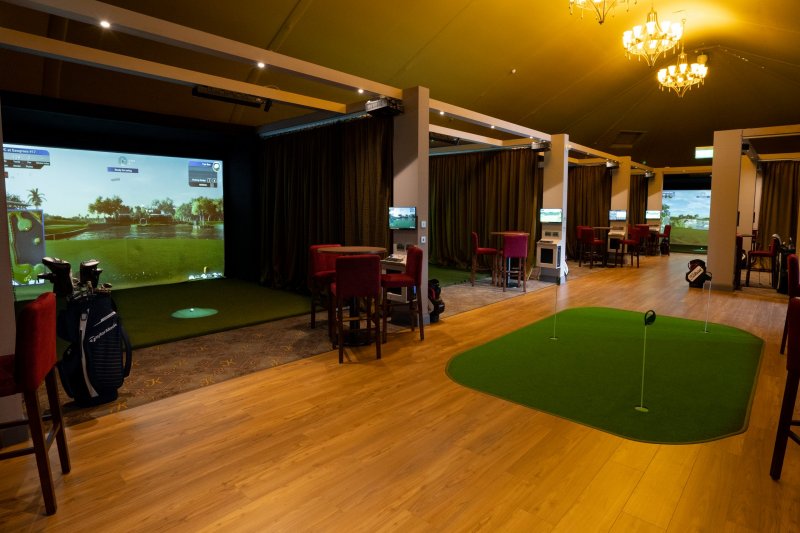 A dedicated ICT enclosure would take up the same mount of space as a golf simulator: 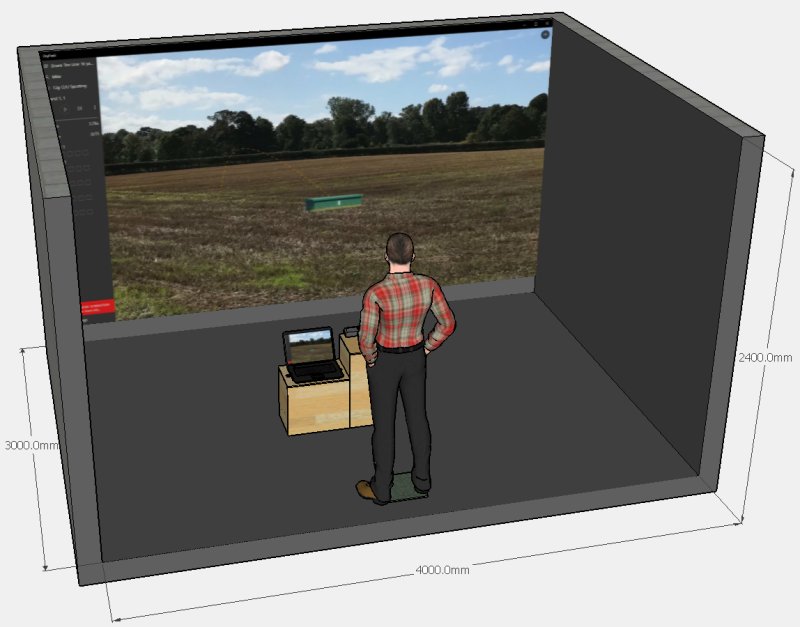 A squash court would provide space for a "squad" of five shooters to to shoot a round (25 targets).

A recommended design for an ICT "room" would provide an ideal environment for indoor clay targets. 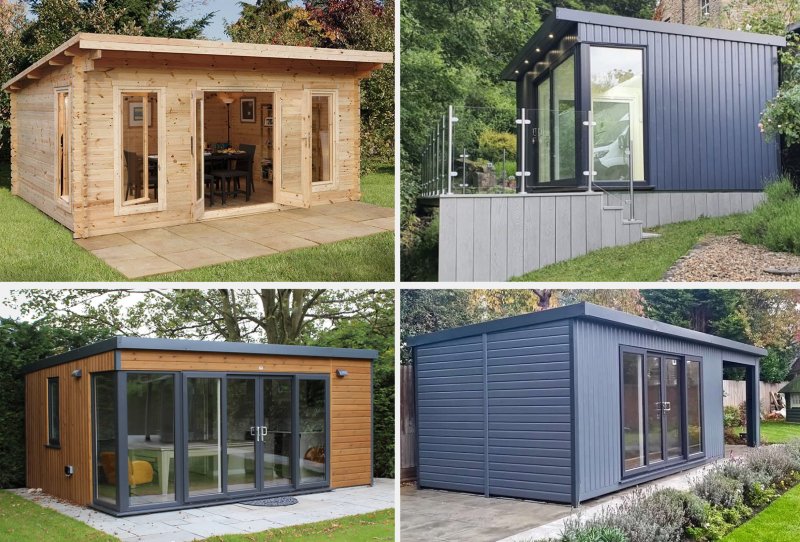 Promoting a brand and generating revenue

Shotgun and cartridge manufacturers might like to consider installing an ICT room at existing shooting grounds to build brand-awareness, to allow shooters to practise and to provide additional revenue for ground owners.

Imagine if one of the leading shotgun manufacturers was forward thinking enough to bring out a low cost indoor "shotgun" along the lines outlined below for the ICT-LP. Think of the impact that would have on the number of young people entering the sport - and the number of shotguns sold for outdoor use. 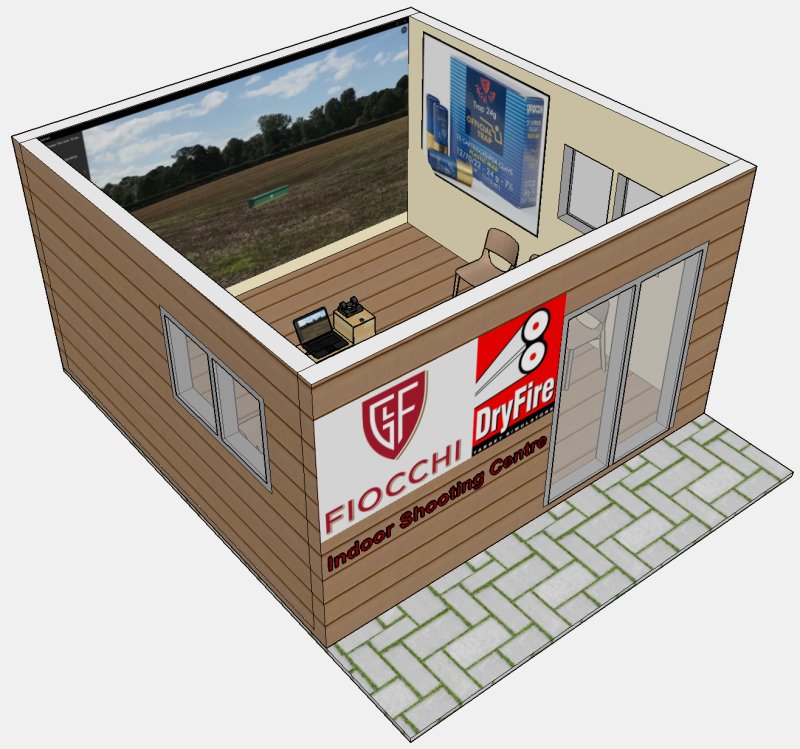 We are working on the design of an Indoor Laser Shotgun (ILS) specifically for use with ICT.

This list shows some of the factors ICT takes into account when calculating how far the centre of a shot pattern is from the centre of the clay when closest to it.

A hit is called when sufficient pellets, with sufficient remaining energy to break the clay, strike it when the shot pattern is closest to the clay. It also depends on the angle the clay is presenting to the shot pattern at this time - a belly-on clay is more likely to be broken than an edge-on one because it will be struck by more pellets.

ICT also displays gun movement - the path taken by the muzzle from the time "Pull" is called until the gun is dismounted. Smooth gun movement, from target acquisition to follow-through, is critical for consistent success.