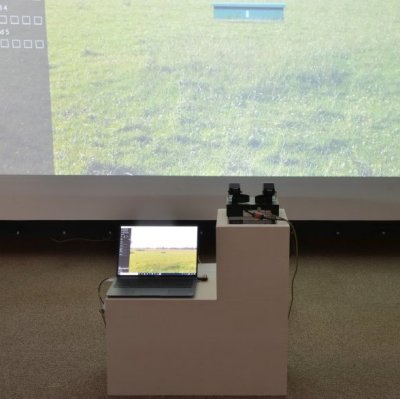 We have seen thousands of DryFire installations in houses, barns, sheds, offices, garages, dining rooms, dens, outhouses, factory units, bedrooms, attics - and our advice is to keep things very simple to start with.

So: get the basic system working first.

You need a PC or laptop with a spare USB port running either:

Check you have the latest update installed.

Animation of a typical room setup

Click the image below to view or download an MP4 video showing an animation of a typical room setup. In this case a projector and screen are shown but the room requirements are the same for laser and projected targets.

Important note: the vertical bar, arrows and Post-it notes are used at different stages during projection setup - they, and the background image, are not all on the projection screen at the same time.

The projection add-on can be purchased with the system or added later.

Wordcraft does not supply PC data projectors but a suitable specification is shown below.

It is worth remembering that you should be taking your shots within your comfort zone - directly in front of you when facing the wall/screen - you should not be chasing crossers into the ground!

You can use a plain wall or a home cinema projection screen with an aspect ratio of 16:9. Large screens are not cheap but they may be brighter than a painted wall. Try a web search for paint for home cinema screens if you want to try painting a wall.

You have a choice if you find trajectories starting or ending beyond the projected screen image:

With the projection add-on targets can be shown as laser dots or as images of clays.

Some disciplines have very wide targets, skeet station 4 for example, and it is unlikely the complete trajectory of the clay will fit on a projection screen.

If projection is selected DryFire can show a clay image on the screen and a laser dot for those parts of the trajectory outside the screen area. This switching between projected images and laser dots is very clever but it gives your brain one more thing to worry about when you should be focussing 100% on the target.

We recommend using laser dots for targets that go beyond the limits of the projection screen. That's one of the reasons why you should become familiar with laser targets before setting up the projection add-on.

It is very important that you start by setting up and using laser targets before setting up the projection add-on. This ensures that everything is set up correctly and allows you to become familiar with the system before using the projection functions. You will also see why some targets are best presented as laser dots rather than projected clay images.

Wordcraft doesn't supply projectors so you will need to purchase a suitable projector locally.

The DryFire projection add-on requires your projector to operate in extended mode, not duplicated mode, so make sure you are confident using extended mode before installing DryFire. More details here.

Obviously Wordcraft can't recommend specific projectors (because we haven't used them all) and different manufacturers provide different projectors under different names in different parts of the world. The key thing is to project a large and clear image on a wall or screen in front of you when using DryFire. A specification similar to the one below (taken from the Optima GT1080 Darbee projector) should enable you to locate a suitable projector in your area.

The projector must be set up to produce a true rectangular image that fits within the boundaries of the screen or wall being used. No part of the image should be off the screen, on side walls, on the floor or on the ceiling.

The photo below shows DryFire with the projection add-on set up for the CPSA dinner at the Belfry Hotel on 1st February, 2020. Note the large portable screen and the use of our custom DryFire Shooting Stand.

The projector can't be seen - it is on the floor on the other side of the stand.

Note the true rectangular image that fits within the boundaries of the screen. 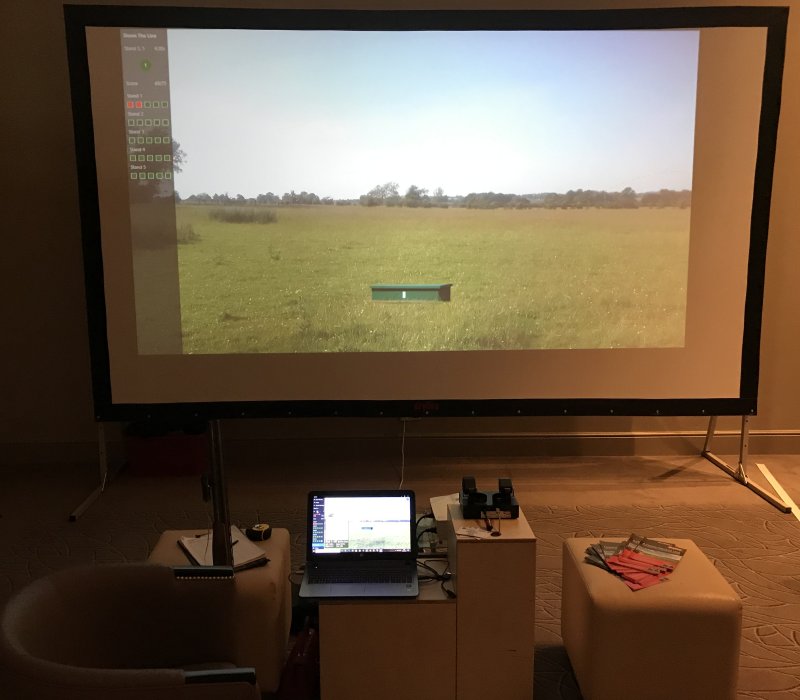 The two photos below were sent in by a DryFire customer showing the projection add-on being used in a fairly small space. Two pictures have been temporarily removed from the wall so it can act as a screen - the fittings can still be seen.

Note use of the DryFire Shooting Stand and the fact that the whole of the rectangular image fits on the wall. 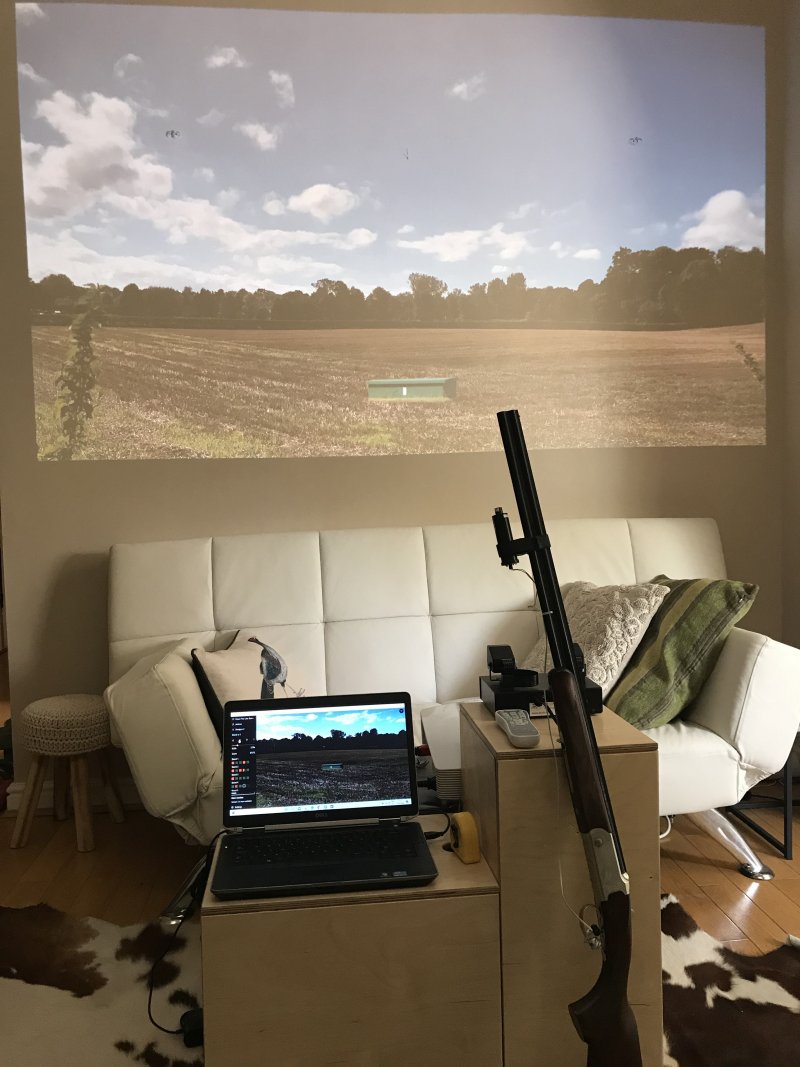 It looks like this is set up to shoot targets from Skeet stand 1 - the low house is in the distance on the right.

Checking that the projected image is perfectly square and upright. 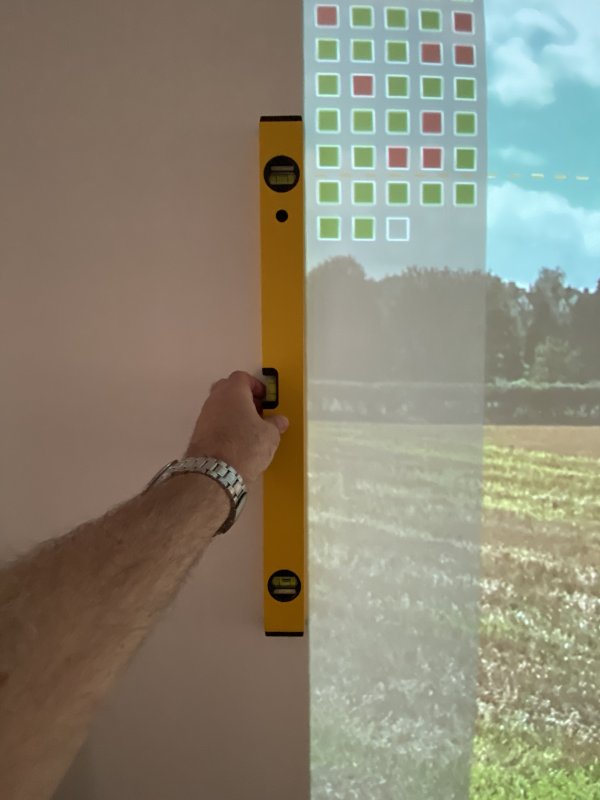 From a customer using an Apple Mac. Now, that is a good sized image - and it looks like a skeet crosser! 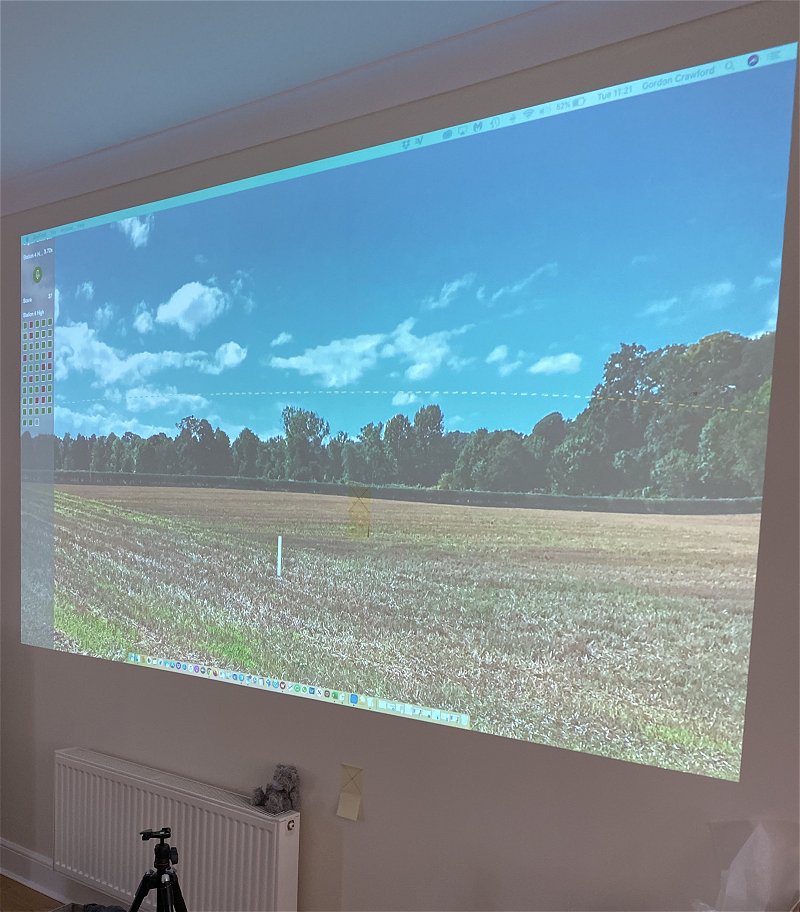 The drawing below (done with SketchUp) shows the author's study in a converted attic space. There are two windows, one each side of the chimney on the left, and the one closest to the wall has the blinds down to prevent direct light falling on the wall. There is a door to the right.

The total wall length available is 3.73m (12'). The invisible sloping wall (closest to us) has a skylight which also has blinds to keep out direct light. The radiator in front of the shooting position makes for interesting rabbit targets! 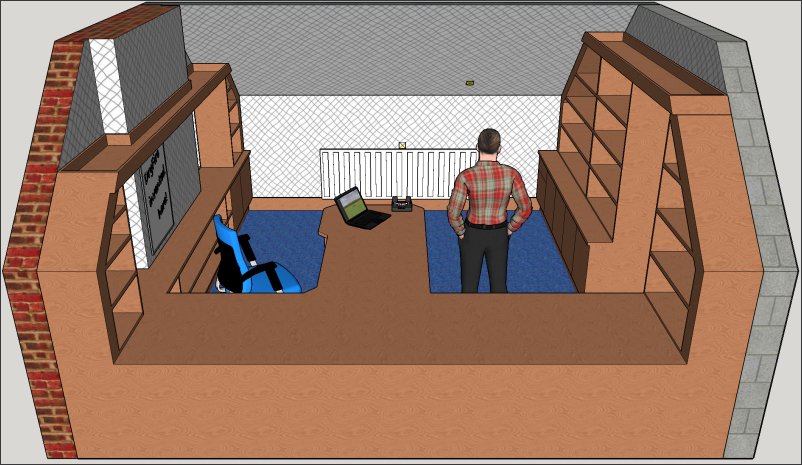 The real world is never as tidy as a drawing so this is what it looks like on a normal day - but things do get moved out of the way when practising shooting and at least the Post-It notes are in the right place!

In fact the clutter doesn't matter because almost all targets, including Skeet Station 4 crossers, fit on the sloping wall above the wallpaper strip. If you can live without rabbits the junk can stay! 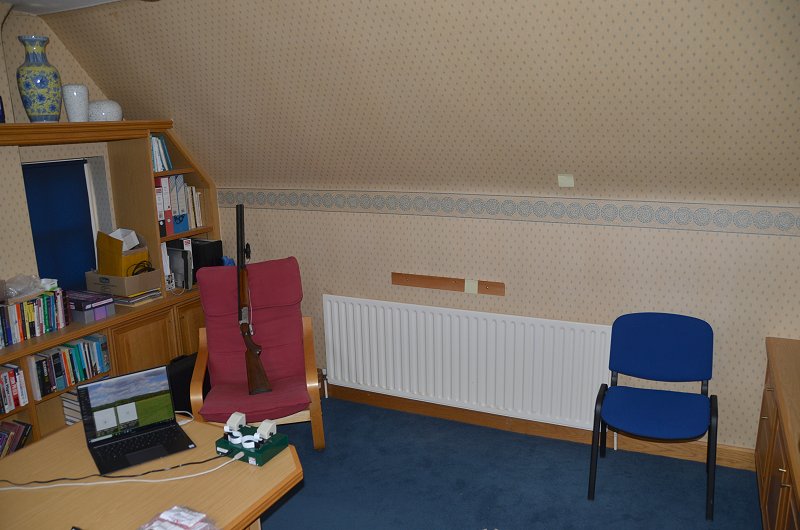 The author uses the Laser version of DryFire and finds a few Post-It notes extremely handy for measurements and for marking the top of imaginary trap houses - important when setting up for the correct hold point.

None of this is necessary with the Projection version because all the information is on the screen in front of you - against a photo-realistic background! 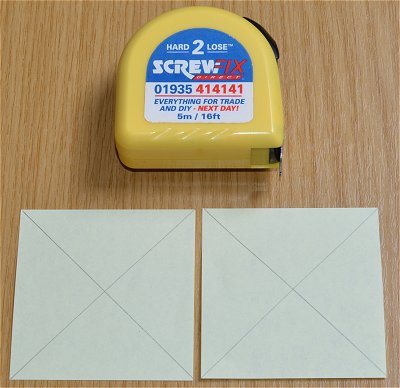 Keeping measurements in a simple spreadsheet means they are available for reference if needed in the future. In the author's case the laser version is used at home and the projection version used in the office. 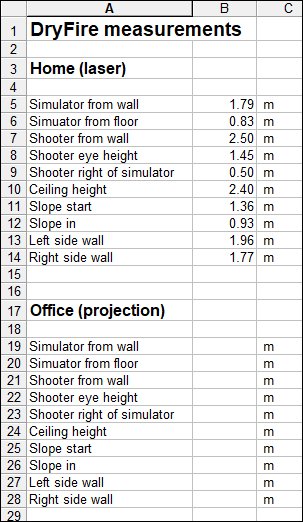 The simulator may be placed on a tripod or any flat surface - a table or desk would be fine.

The photo below shows the optional DryFire Shooting Stand which provides support for the simulator and a laptop while hiding all wiring. 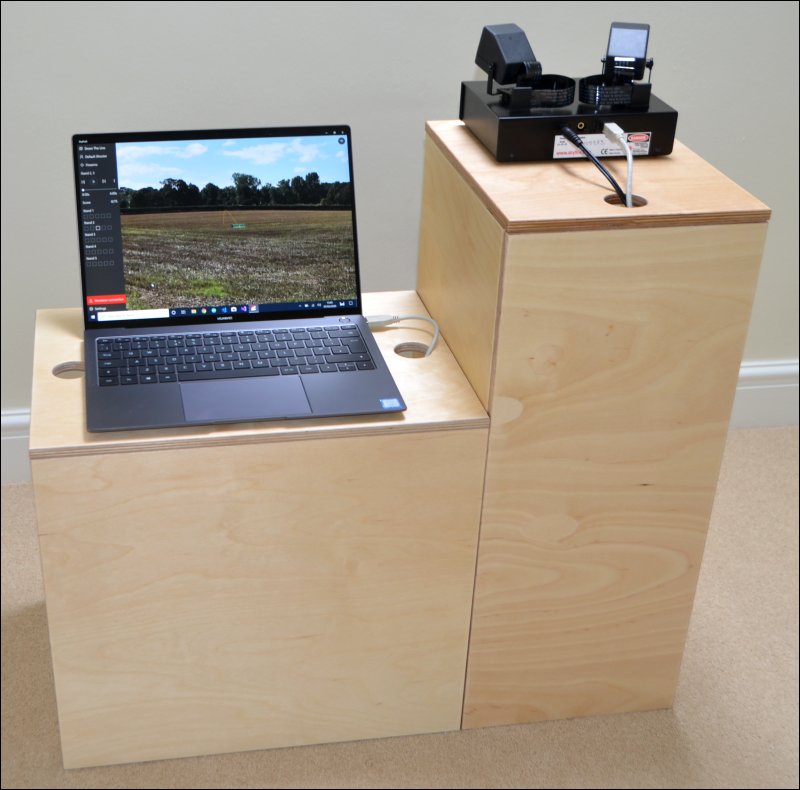