Practice works - it improves skills - but practice costs money (clays, cartridges, travel). DryFire provides intensive practice, in your own home, in the warm and dry, at any time, using your own gun. DryFire provide feedback that is impossible to get outdoors - to the nearest fraction of an inch.

The very short video below shows the DryFire simulator in operation displaying Skeet station 4 doubles. If you look carefully you can see that one hole in each moving head is showing the target as a red laser spot. The other hole in each head holds a camera which detects your shots. 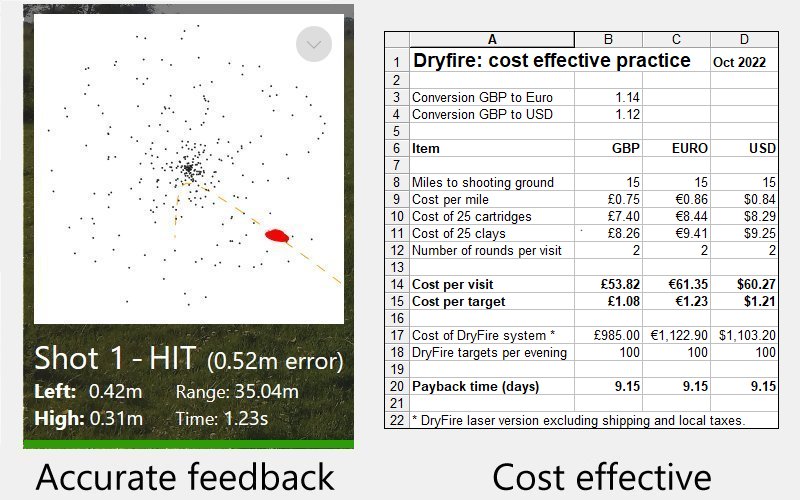 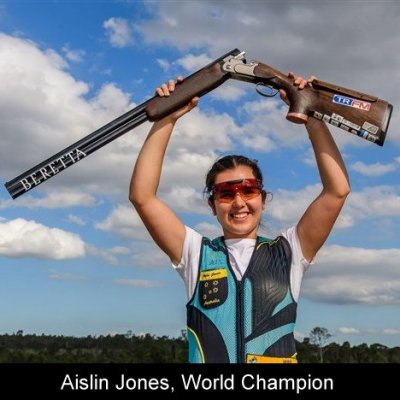 In 2016 Aislin Jones became the youngest woman to win the Australian National Championship, she was the Oceania Region Junior Women's Skeet Record holder and in 2018 she became the Junior World Skeet Champion.

You don't get to be a champion without good instructors and lots of dedicated practice - the sort of thing DryFire is designed for. Aislin used the laser version of DryFire to practice in her parents' home.

An example of feedback provided by DryFire

The example below shows two shots taken at the same target. 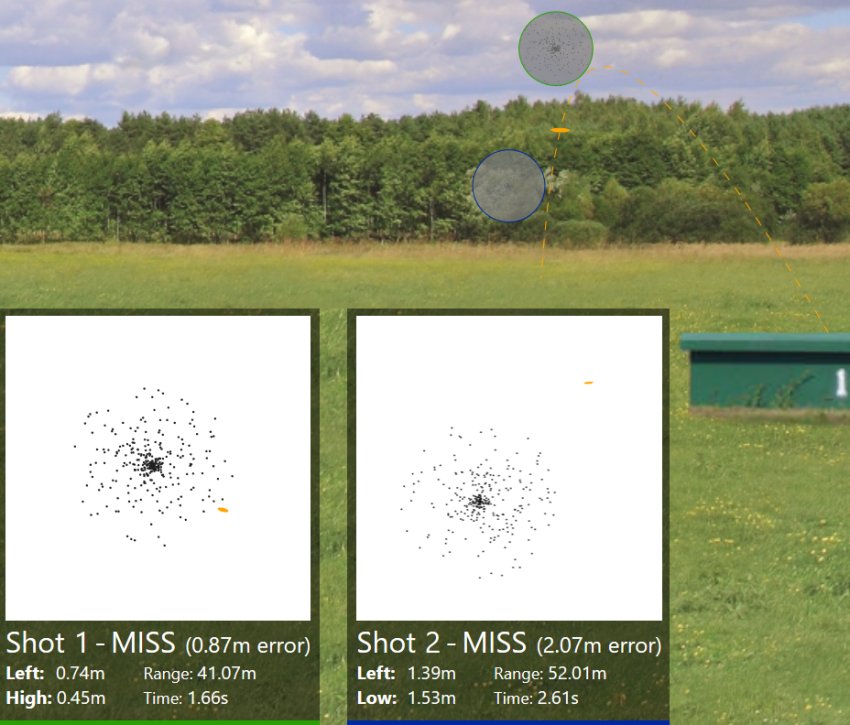 DryFire in action - a round of trap

The video below is from the DryFire USA web site and shows Tom Ridge, our US distributor, shooting a round of American Trap followed by a few skeet targets. Tom is using Version 4 of the DryFire software - the current release shipped by Wordcraft is Version 5.

If you look carefully during the video you can just make out that Tom has mounted his DryFire unit upside-down on the ceiling (the DryFire software allows for this) and he has placed his laptop to his right to show the results of each shot.

Tom is changing his position between stands but this is not normally necessary because DryFire always brings the targets to you so you see them exactly as you do at the shooting ground.

Tom is using a painted canvas background and a polystyrene trap house to make the experience a little more real - these items are available from the DryFire USA web site. DryFire supports an optional "projection mode" which works with a PC data projector to display backgrounds as well as a variety of targets including clays and game.

Tom has the advantage of a very wide wall (he built a room just for DryFire!) but DryFire works with any wall from 3m to 5m in width. 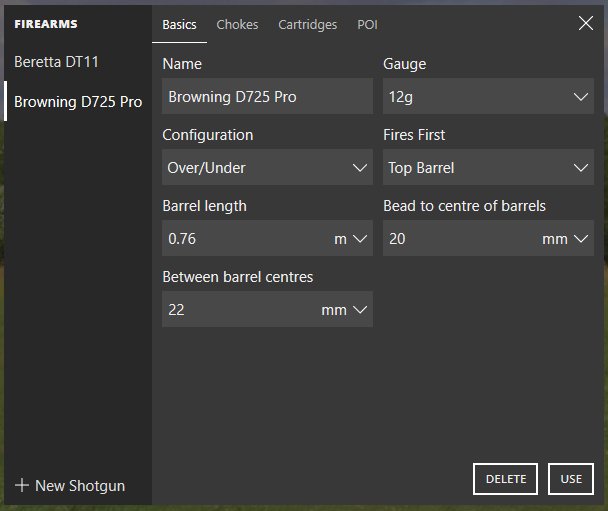 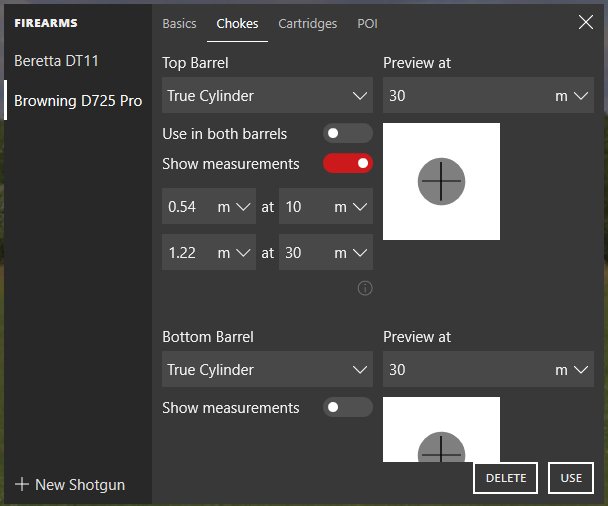 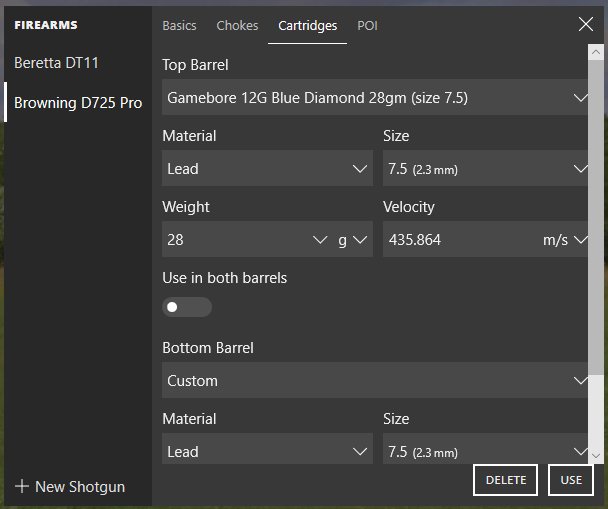 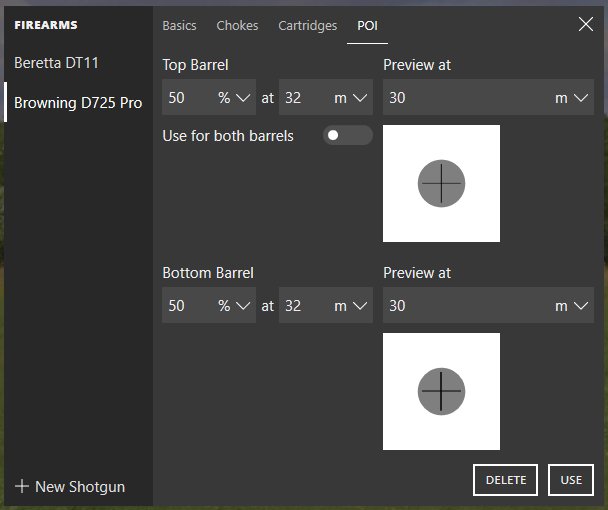 Flinch is the anticipation of recoil which causes the shooter to tense shoulder muscles, push slightly forward and possibly close both eyes at the same time as pressing the trigger. Flinch is a bad thing and can result in the shot string going lower than anticipated. Losing control of gun movement for a fraction of second is not a good idea!

The bad news is that, in our experience, almost everyone suffers from flinch to one degree or another.

How do wo know? Simple. We watch people shooting with DryFire for the first time.

In almost every case we see the movements associated with flinch. In some extreme cases we have seen people forced to step forward after shooting because the anticipated recoil didn't happen and they overbalance.

Apart for clearly demonstrating that DryFire is so realistic that shooters believe they are taking real shots, it also demonstrates that flinch is more widespread than most people believe.

In itself DryFire won't cure flinch - but it can help. It diagnoses the problem and allows you to take hundreds of shots without recoil until flinch goes away completely while shooting indoors. The first time you go outdoors your flinch will certainly be less than before and you know you have to keep working on it.